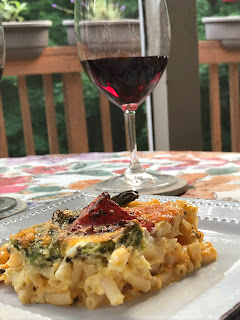 Six tomatoes were sitting on the counter getting a bit old.  And, a bunch of asparagus was having the same problem in the fridge.  What to do with them?  I kept picturing a kind of quiche with a mac and cheese crust.  Couldn’t come up with a recipe on Eat Your Books or by searching the internet.  So, I decided to make one up.  By the time the box mix of mac and cheese was made I realized that using a pie plate and trying to have the “crust” come up the sides wasn’t going to work.  I pulled out a casserole dish instead.  A sprinkle of cheese on the bottom, the mac and cheese, the roasted tomatoes and asparagus, the egg mixture and then, finally, another sprinkle of cheese.  We gave this a solid four on a scale of one to five.  Connie asked during dinner if I’d written it down and I assured him I’d taken photos every step of the way and that I’d write the recipe down today.  Because this is absolutely a make again!

1 box macaroni and cheese prepared according to the package directions.  (I always toss in a handful of grated cheese)

Prepare the mac and cheese.  While that’s cooking, roast the tomatoes and asparagus for about 15 minutes at 450.  I drizzled them with olive oil and sprinkled them with freshly ground pepper prior to roasting.

Grate the cheese on the large holes of the grater.  Sprinkle 1/3 of the cheese in the bottom of a casserole dish.  Add another 1/3 to the mac and cheese.  Reserve the last 1/3 for the topping 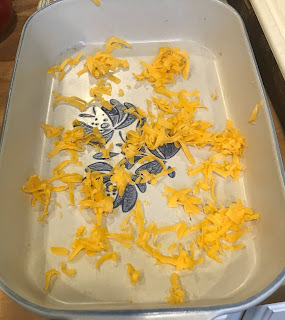 Pour the mac and cheese into the casserole dish and even the top. 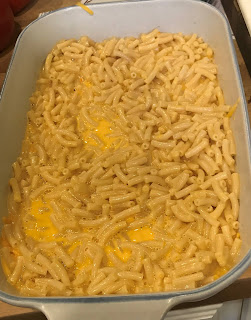 Put the roasted vegetables on top. 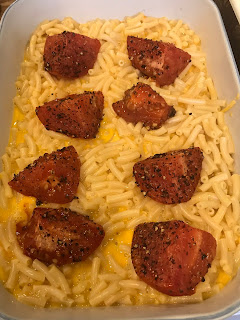 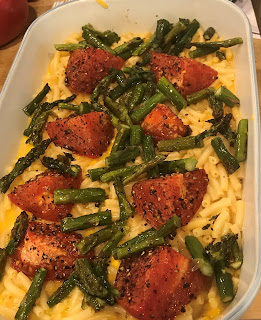 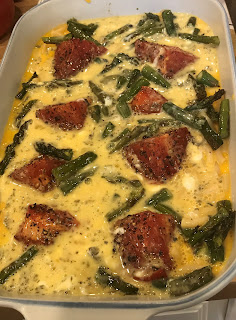 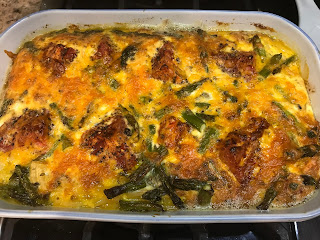 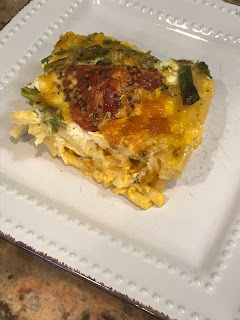 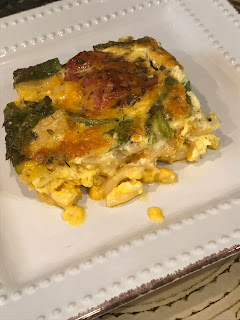